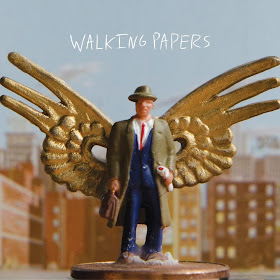 Jeff Angell said, "Songs seem to have Multiple Personality Disorder. Who's performing them, what instruments are being used and where they're being performed generally defines what kind of character develops. It was fascinating to let the Synergia Northwest Orchestra have their way with our songs and watch them evolve in ways I would have never expected. Recording a 40 piece orchestra and a rock band at the same time, live, is a lot like juggling chainsaws...you're not allowed to miss. Fortunately, nobody lost a finger."

Synergia Northwest 2013 "Music Lessons Matter" was held on May 18 at the Moore Theatre.  This year, Synergia Northwest teamed with Seattle Music Partners who provide free after-school music programs for underserved elementary school students in Seattle’s Central District.  The campaign, culminating with the concert, brought over $56,000 for the cause, a record fundraising feat for the organization.

In the Seattle market, Synergia Northwest is currently in its fifth year and artists performing with the 50 piece Synergia Northwest Orchestra have already included members of Pearl Jam, Alice In Chains, Yes, Blues Traveler, Guns and Roses, Heart and Tracy Bonham among others.

Synergia Northwest blends classical, contemporary, professional and student musicians into one evening of performances that unifies cultures and musical genres. The caliber of these artists, along with a world-class conductor and orchestra has produced evenings of unforgettable musical moments that have left audiences knowing they've just experienced a magical event. It is a highly complex live music presentation that include 50 piece orchestra, teams of orchestrators and arrangers, conductors, major label recording artists, student musicians, audio and lighting technicians, camera crew, production and stage crew.

Synergia Northwest believes that providing a child with the opportunity to build a foundation of musical skills, coupled with the strength of a mentoring relationship, help foster self-confidence and an overall engagement in learning.